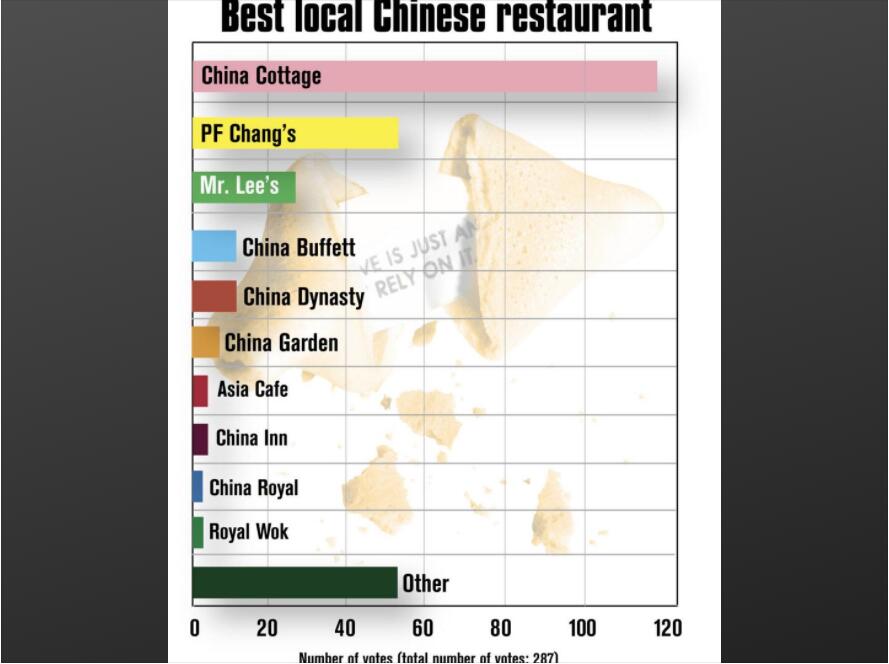 Chinese restaurants have a long history in the Dayton area. Recently, there has been a spike in their numbers, especially among Chinese buffets. But for purists, the buffet restaurants don't do justice to Chinese food. As such, when we attempted to determine who had the best Chinese food, we sought out the more traditional players.

During August, online readers of the Dayton Business Journal (dayton.bizjournals.com) voted for the area's best Chinese restaurant. The clear winner was China Cottage, which has several area restaurants. China Cottage snared 40 percent of the votes.

"This one's not even close -- China Cottage is far and away the best," one reader said. While atmosphere and service were recognized, people touted the food and quality at China Cottage.

Next up on the list was P.F. Chang's. The chain restaurant has a loyal fan base who raved about its noodles and other dishes. P.F. Chang's, which corralled 18 percent of readers' votes, is a recent arrival to the Chinese food scene, opening last year in the Dayton Mall redevelopment.

"Mr. Lee's is amazing. The best sushi I have ever had," a reader said.

Despite the list of 10 restaurants to choose from, many readers chimed in that their favorites weren't on the list. Both North China in Centerville and Kettering's Chop Suey Carryout had plenty of write-in votes.

"Dayton really lacks a top rate Chinese restaurant. The category has been adulterated by all the schlock in the way of chains and buffets," a reader lamented.